PolyAurum is pleased to announce its acceptance as a resident company of the Johnson & Johnson Innovation – JLABS (JLABS) JPOD @ Philadelphia, in the Pennovation Center, the University of Pennsylvania incubator located in Philadelphia, PA.  PolyAurum has been at Pennovation Center since January of 2018.  The JPOD @ Philadelphia provides the benefits of JLABS, including access to expertise and mentorship, a state-of-the-art communications facility, educational programs and exposure to potential investors.

“I am thrilled to be in the first cohort of companies accepted into the JPOD @ Philadelphia,” said Deb Travers, PolyAurum’s CEO. “Having spent most of my career in the pharmaceutical industry, I am very aware of Johnson & Johnson’s reputation of innovation and broad expertise.  It will be very helpful for us to have that expertise available to PolyAurum as we move towards filing an Investigational New Drug JLABS is a global network of open innovation ecosystems, enabling and empowering innovators to create and accelerate delivery of life-enhancing health and wellness solutions to patients around the world.  As a leader in innovation, JLABS aims to help entrepreneurs in pharmaceutical, medical device, consumer, and health tech bring healthcare solutions to patients and consumers.

PolyAurum is developing biodegradable gold nanoparticles for use in diagnosing and treating patients with solid tumors.  The gold nanoparticles selectively accumulate in a tumor and aim to significantly amplify the effect of radiation therapy in the tumor, while sparing the adjacent healthy tissues the side effects associated with a higher dose of radiation.  These side effects can be life-altering or life-threatening and often result in therapy being scaled back or discontinued.  This can result in disease progression and death. PolyAurum’s proprietary technology has the potential of improving survival and quality of life for these patients. For more information:  http://polyaurum.com 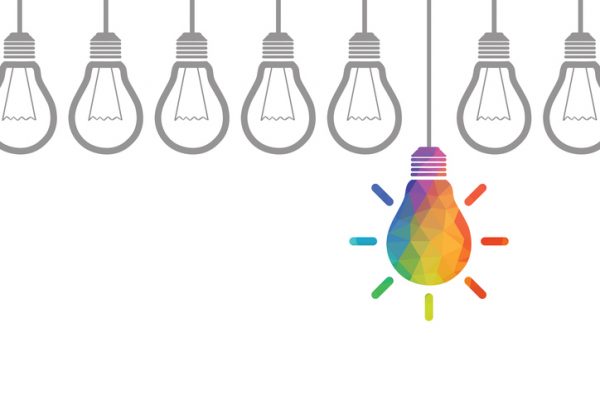 Healthcare startups have always been at the center of MedCity News’s content and our events are no exception. As the MedCity CONVERGE conference in Philadelphia July 11-12 approaches, here’s a look at the innovation that’s taking root in the cancer care and precision medicine sectors that will be presented by health IT and life science entrepreneurs.

Belong.life is a social network of cancer patients and caregivers. A couple of years ago, the group developed an app referred to as a mobile treatment navigator. The app offers advice on treatment options, relieving side effects, and finding emotional support. Through the network, patients can connect with medical professionals and other patients to get more information on clinical trial eligibility, post-chemotherapy remedies, and other medical advice. Last year Belong inked a partnership with the American Cancer Society. ACS will lead a forum on Belong as American Cancer Society4U. The Belong community will be able to access relevant info and contact the American Cancer Society through the app. Eliran Malki is the CEO and Founder.

OncoPower, a subsidiary of Witty Health, is designed to help cancer patients track their medical data from different providers. Karthik Koduru is the Co-Founder and Chief Oncologist of OncoPower. The physician-designed platform built on block-chain technology uses cryptocurrency to reward patients for medication adherence and offers real-time reporting of side effects.

PolyAurum is a biotech company that seeks to develop and commercialize biodegradable gold nanoparticles for diagnostic and therapeutic indications including cancer, according to the company’s website. CEO Debra Travers sees biodegradable gold nanoparticle technology as having the potential to significantly enhance radiation therapy for cancer patients.

Seeker Health, founded by Sandra Shpilberg, is intended to use technology to connect patients to clinical trials and help the biopharmaceutical industry accelerate drug development and innovation.

CNS Pharmaceuticals wants to expand therapeutic options for people with glioblastoma. Founder and MD Anderson medicinal chemist Waldemar Priebe wanted to take a powerful class of chemotherapy drugs called anthracyclines and disguise them by making changes to some of the ionic properties to get past the blood-brain barrier. The treatment is in Phase 2 development, according to a recent article. John Climaco is the CEO.

Cubismi Founded by Dr. Moira Schieke, a clinical radiologist, the company developed software that organizes dispersed medical images and other clinical data into a singular framework for precision analytics of a patient’s body.

CytoSavvy is a digital pathology informatics business that developed shape-based modeling segmentation algorithms that do shape and color analysis capabilities to increase reliability, save time, and improve decisions. John Freyhof is the co-founder and CEO.

PotentiaMetrics The predictive analytics business developed products that include MyCancerJourney Outcomes which is intended to provide a personalized range of cancer treatment options and outcomes for patients from hospitals across the country. The product is also designed to improve the way patients work with providers to support more informed treatment decisions. Another is patient navigation tool My Patient Reported Outcomes and Shared Experience or My PROSE. Robert Palmer is the CEO.

3Derm produced an imaging system primary care physicians use to capture and deliver different views of a patient’s rash or other skin irregularity. They store and forward these images to board-certified dermatologists within a health system’s network. Liz Asai is the co-founder and CEO.

Care+Wear produces clothing items that are designed for people with ports and peripherally inserted central catheters or PICC lines and other patients. The company, which won the MedCity ENGAGE Pitch Perfect context last year, recently collaborated with Oscar de la Renta on a hoodie for patients receiving treatment via a central line or port-a-cath. Chaitenya Razdan is the Co-Founder and CEO.

PolyAurum has leased lab and office space in the Pennovation Center, a 58,000 square foot business incubator and laboratory located in the Grays Ferry Section of Philadelphia, that aligns and integrates researchers, innovators, and entrepreneurs for the commercialization of research discoveries.  According to Deb Travers, CEO of PolyAurum, the choice was easy.  The Pennovation Center is just south of the University of Pennsylvania campus where some of the development work will continue.  The two campuses are a short walk or shuttle ride from each other.  The Center has a modern industrial vibe that appeals to startups.  There is ample conferencing and collaboration space which is important as you meet with investors.  And don’t underestimate the beauty of free parking which none of the other incubators within the city limits provides.  Finally, the Penn Center for Innovation Ventures group is right on campus.  Said Travers, “We still get a lot of support from PCI Ventures as a young startup.  Now I can just walk down the hall to ask questions.”

PolyAurum is pleased to announce that it has hired Dr. Neha Saxena, PhD as its new Director of Product Development.  Neha comes to PolyAurum from Amend Surgical, where she worked on novel bone fillers.  “She has the experience in nanoparticle development and characterization that we need at this critical juncture as we move full time development out of the laboratory of Dr. David Cormode, Assistant Professor in Radiology at the Perelman School of Medicine at the University of Pennsylvania into our own laboratory at the Pennovation Center in the Grays Ferry area of Philadelphia”, said Deb Travers, PolyAurum’s CEO.

PolyAurum announced today that it has successfully secured an exclusive worldwide  license to the intellectual property described in PCT/US2015/021198 – “Polyphosphazene delivery systems for metal nanocrystals for biomedical applications” from the University of Pennsylvania and the Penn State Research Foundation.  This comprehensive patent application covers composition of matter for a wide range of nanocrystals and polymers, as well as all foreseen medical (human and veterinary) uses for the nanoparticles.  The patent is under active review by the US Patent Office.

PolyAurum presented its biodegradable nanoparticle technology to a packed room of investors at the Keiretsu Forum Northwest Capital Expo in Seattle, Washington on August 2, 2017.  The audience was comprised of investors from various Keiretsu chapters along the West Coast, independent investors and representatives from numerous Family Offices in the country.  The company was introduced by Bernard Rudnick of Capgenic Advisors and an active Keiretsu member and the investment committee for the Keiretsu Capital Fund.

Deb Travers, President and CEO of PolyAurum, said “Getting all these active investors into a room to hear your story is incredible. We had so much interest in the technology, people were lined up to talk to me.”  The company will now go through a due diligence process with the Keiretsu organization, with investments following successful completion.

Keiretsu is the largest angel group in the world with more than 50 chapters worldwide.  In 2016, they made $almost 72M in investments, 22% of which were in the life sciences.

PolyAurum is being featured in a July 30 article in the business section of the Philadelphia Inquirer.  The article speaks to CEO, Deb Travers motivation and plans for the company and to the incredible biodegradable gold nanoparticle technology which has the potential to significantly enhance radiation therapy for cancer patients.  The author of the article – Diane Mastrull – saw Travers present at the Angel Venture Fair at the Union League in Philadelphia and liked the story of the company and its founders and leader.   Mastrull frequently features local entrepreneurs in her articles.

The NIH’s National Institute of Biomedical Imaging and Bioengineering has awarded PolyAurum a $225,000 grant to support development of its biodegradable gold nanoparticles.  This is added to a $200,000 grant received from the University City Science Center – a Philadelphia based startup accelerator in December of last year.  These awards validate the science and serve as a springboard for our development program and attracting matching funding from early stage venture capital and angel groups.

PolyAurum is looking for $2.7M in seed funding to support development and testing of its biodegradable gold nanoparticle technology which significantly enhances the effectiveness of radiation therapy in locally advanced tumors.  “This will enable us to complete all of the animal studies needed for approval from FDA to move into human clinical trials”, said Debra Travers, PolyAurum’s CEO.  Seed money typically comes from a number of sources including friends and family, grants and angel investors.  A typical angel investor is usually in for $10,000-50,000, so it takes a lot of them to fill a round as large as ours. Angel groups are able to combine the resources of several members to make a bigger investment which gives them a bigger piece of the company.  Keiretsu Forum is one of the largest angel groups with chapters worldwide in more than 50 cities.  The Keiretsu Forum Mid-Atlantic group which is composed of four cities – New York, Philadelphia, Washington DC and Pittsburgh – selected PolyAurum from a group of 9 companies in April to present to their membership to seek funding.  During the roadshow, companies present to 20-45 angel investors in each of the four cities.  During the June roadshow, PolyAurum gained considerable interest from members in investing in the company and Travers is working with members to field a due diligence team to move the angel group closer to an investment.  The Keiretsu Forum Mid-Atlantic group funded 37 of the 42 companies who presented to the group in 2016 and invested more than $3.0M in 16 life science companies.